GO BACK TO ACADEMY OVERVIEW 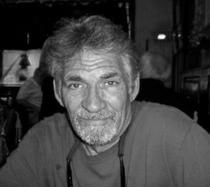 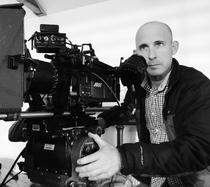 Teddy Smith is a Louisiana born and raised filmmaker. He first received attention as a director in 2009 with his documentary short “Closed For Storm” which was a visually striking tour of the Six Flags theme park in New Orleans after being destroyed by Hurricane Katrina. The film received over 1,000,000 views within 24 hours of being released on YouTube. Roger Ebert described the film as a “A tour of desolation. Haunting.”In 2010, Teddy joined the International Cinematographers Guild and began working as a camera operator for legendary ASC cinematographers Jack Green, Theo Van de Sande, and Antonio Calvache. His role as an operator allowed him to work closely with and learn from award winning directors Haney Abu Assad (Paradise Now, Omar), Wayne Kramer (The Cooler), and Michael Radford (1984, The Merchant of Venice). In 2012 he was accepted into the prestigious Society of Camera Operators.Teddy has a distinctly visual directing style. To tell a story he’ll take the camera wherever it needs to go. He used military rebreathers to dive sunken aircraft carriers hundreds of feet below the surface of the ocean during filming of The Abandoned Gulf, dangled precariously from helicopters during filming of The Demented and A Gift Horse, and worked extreme dolly and track shots on Left Behind. Teddy lives in Baton Rouge with his dog Indiana Jones. 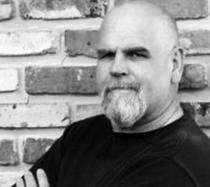 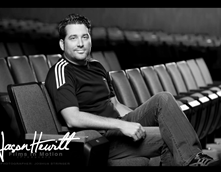 Chuck Bush:​ Chuck Bush is the Founder of the LA Film Workshops and a thirty-two year veteran of the entertainment industry.  Chuck began his career in 1983 working on the Warner Bros film, Fandango.  Since then he has worked as a Writer, a Director, a Producer and an Editor of films, televison programs, music videos, documentaries and TV commercials.  Chuck has won numerous awards for his work, but he is most proud of his work as a teacher.  Chuck's company was the employer partner of a million dollar grant awarded to Baton Rouge Community College to teach Film Technology.  Chuck was the chief architect of that curriculum and he brings that same "know how" to the Film In Motion Production Academy. "I have been given SO much in this business and education is my way of giving back." Chuck remains active in the film industry as a Writer, Producer and Director and Educator.

Phil Beard: The love of lighting began for Phil Beard as a young man in New Orleans. He started his career not behind the camera but acting in local theatre in New Orleans.  He sought fame in the bright lights of New York City.  Once in New York, Phil became interested in the workings of a film set.  He attended classes in film production at Hunter College.  As his passion for the film business grew he sought work as a crew member.  He worked on several films including Friday, The Thirteenth. But as many New Orleanians, the City called him home.  He returned home in the early eighties and became a part of the growing film community first as a grip and now as a lighting gaffer for film and video.Phil has during the last several years begun to teach the art of lighting to classes at BRCC in Baton Rouge and provided his expertise and teaching skills to a production NOLAW in conjunction with Tulane University in New Orleans.

Jason Hewitt: Jason Hewitt joined the film industry in 2005 after a successful career as an entrepreneur in the technology industry. Jason was an early mover in the Internet economy and founder of the website creation and marketing management company, Planet Symphony, in 1994. The company gained international acclaim in 1995 when it broadcast the first live audio and video images of Mardi Gras over the internet. Planet Symphony and StarSeed. The companies were sold in 1995 and 1998, respectively for an acquisition price of $33 million. Since joining the film industry, Jason has directed, produced, and provide productions services through him company on over 140 feature film and television titles, making Hewitt one of the most prolific filmmakers in the industry today.